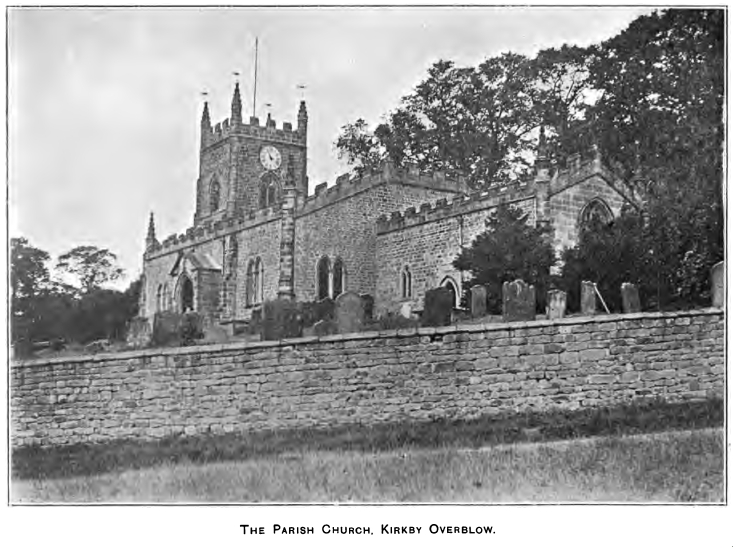 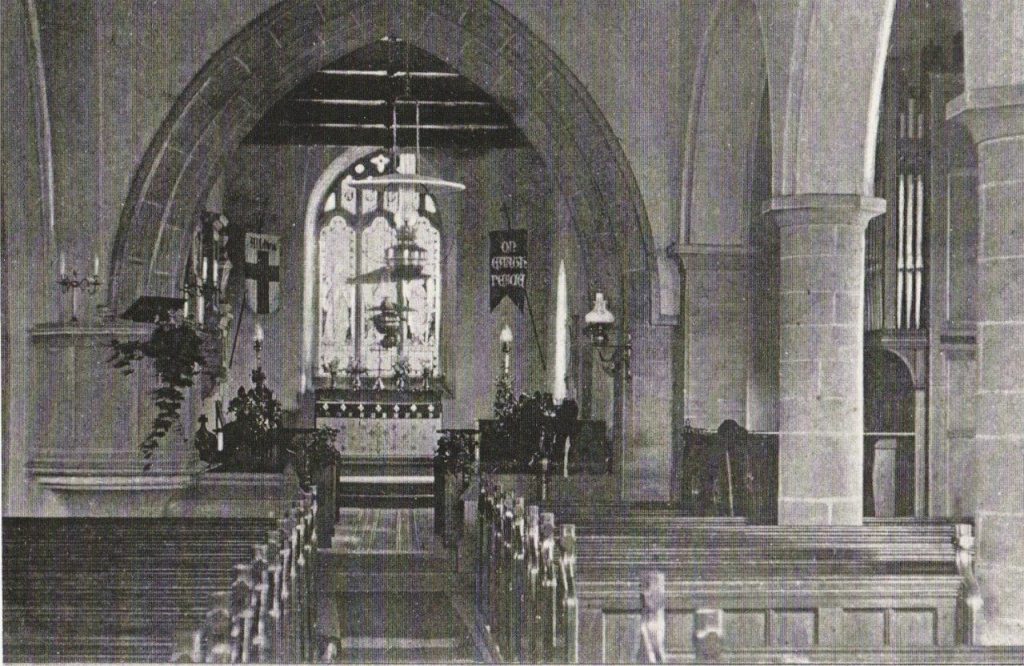 Christian history is here enshrined, Where in olden days, iron ore was mined, Tho’ age takes toll of stone and written page, May we take care of this, our heritage.

Kirkby Overblow was first mentioned in the Domesday Book of 1086 as Cherchebi ‘the village with the church.’ However, evidence of an earlier church has come to light with the discovery, in recent renovations, of a fragment of carved stone, dated to the 10th century. 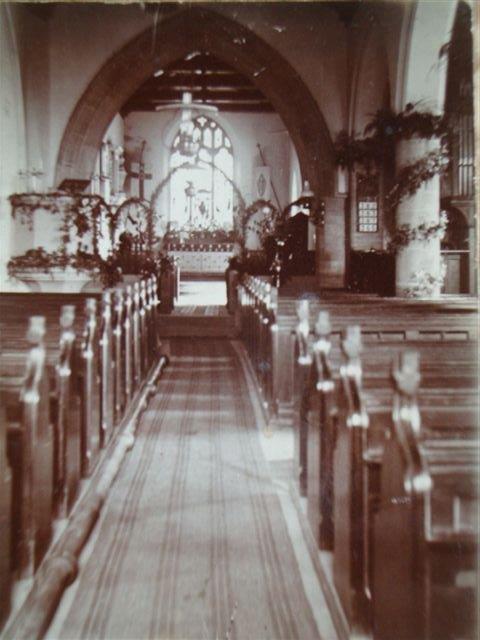 The earliest part of the present church is the 14th century transept, marked on the plan as St. Helen’s chapel. Much of the present church has undergone reconstruction.  Between 1778 and 1803, under the direction of Dr Cooper, the tower was largely rebuilt and fitted with a new clock (said to have the longest pendulum in Yorkshire); the chancel was re-roofed and re-paved; and a new porch was built.
There was another period of renovation in the 1870’s under the direction of the Revd Toogood. Two new windows were pierced in the north wall, the tower arch and its west window were opened up and a completely new chancel arch was built. This was also the time when the stone pulpit was erected.
In 1890, oil lamps replaced the old system of candles but the following year, a fire destroyed the chancel roof and caused much damage to the choir stalls and organ. It was thought to have been started by a dog overturning a lamp, as a charred body was found in the church the following day.
During the second half of the twentieth century changes continued to be made including the installation of electricity, the removal of the pulpit, of pews from the chancel, St Helen’s chapel and the south aisle.
The millennium saw some major changes, with the installation of the mezzanine floor, the glass arch in the tower, and the purchase of the oak altar table situated at the top of the chancel steps.

The latest renovations were undertaken in 2010, when under floor heating was installed, the 19th century pine pews were removed, the church was re-wired and a fire alarm system installed. Eighty parishioners gave the money to fund this project.

Click here to view a digital copy of a book “Kirkby Overblow and District” by H Speight, published in 1903.